Staggering Forces at Play in a Struggle Between Man and Nature, at Spectacular Kamezaki Shiohi Festival

Held annually for over 300 years, on the hallowed grounds believed to be where legendary Emperor Jinmu came ashore from Kyushu, during his expedition eastward to claim his sovereignty, the Kamezaki Shiohi Festival is a grandiose tribute to both the Emperor’s legend and the unrelenting human power! One of the 33 Japanese festivals added as joint entry “Yama, Hoko, Yatai, Float Festivals in Japan” to the Representative List of Intangible Cultural Heritage for Humanity of the United Nations Educational, Scientific and Cultural Organization (UNESCO) on November 30th, 2016. 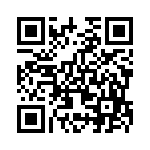