Only shrine rituals to be held in 2021. The floats parade has been cancelled.

The Nagao District of Taketoyo Town has six ancient floats that are brought together and dedicated to the Takeo Shrine during the Spring celebrations of the "Takeo Shrine Festival" which gives the district its name. Six floats gathering at the shrine's precincts makes this event the largest congregation of floats at once in Chita Peninsula, and also one of the largest in all of Aichi Prefecture. The masses of guildsmen pushing, pulling and shoving the gigantic floats is a great spectacle that unfolds in the expansive shrine grounds. At the Eve Festival, hundreds of lanterns are hung on the floats and they parade from Takeo Shrine to JR Taketoyo Station, while the crowd escort them along. Other attractions include Karakuri Puppet Dolls at the floats and Children's Sanbaso, as well as Mikomai Shrine Maidens' dance. 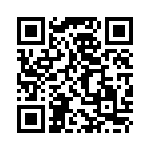