Several Dashi Floats Simultaneously Displayed and Paraded in Various City Locations at Once!

A mesmerizing event attracting tens of thousands each year to the coastal city of Tokoname.
From late March to early May, all over the city, magnificent floats parade around with festival music, and traditional Karakuri mechanized puppet theaters are staged. In olden days, they were known as kasha (literally, "flower cars"); little cars decorated with flowers and pulled around the town, but later they came to be called dashi, using the kanji for "wheeled" and "mountain" - which better translates as "floats". Six cars are joined together to form one float which is then pulled around: something rarely seen elsewhere in the country, that gives this festival a huge appeal. It's particularly worth catching the floats as they pull away from the station area festooned with paper lanterns. The part when they are pulled around and whirled to make their way to the destination shrine (which may be one of the countless ones within the city perimeter) is especially amazing for the sheer forces involved: the enormous carriages and the mass of people pushing them. 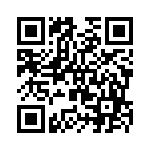