The festival is held every March 15, and in it a phallus, newly carved every year from Japanese cypress and more than 60 cm in diameter and 2 m long, is carried on a portable shrine by parade men of a "unlucky age" and offered to said shrine with prayers for a good harvest, the flourishing of all natural things and prosperous descendants. The sight of all this has led to the proceedings' becoming widely known as one of the world's strangest festivals, and on the day the temple grounds are filled with visitors from Japan and overseas.

Only shrine rituals within the shrine grounds will be held. All other 2021 Honen Festival events have been cancelled, including processions. 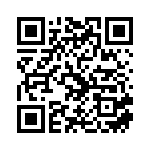