Komaki Castle is a small but historically important castle just north of Nagoya City. The first of the Three Unifiers, the warlord Oda Nobunaga, built Komaki Castle in 1563 during his expansionist efforts and plans to defeat the neighboring warlord, Saito Tatsuoki and take the province of Mino, modern day Gifu Prefecture.
Nobunaga was aware his retainers would not readily agree with moving their base from the long established Kiyosu Castle, and so he suggested constructing a new fortress on the steep and difficult Mt. Ninomiya in Inuyama. As expected, his men baulked at the idea, and so he suggested Komaki instead. Unable to refuse their lord a second time, Komaki was decided upon.
The position was ideal, situated on top of an 86 meter high hill providing a superb, unhindered view right across the vast Nobi Plain, and surrounding areas. Komaki is a small castle compared to many others in the area, but for history and castle buffs, it’s a must see!
This was the castle that would serve as a template for Nobunaga’s most superb castle at Azuchi a few years later. The designs and layout of both castles feature many similarities, and recent research and excavations show that Komaki was one of the first castles to make extensive use of defensive stonework that later became standard in all castles. It was also the first castle to have a properly designed castle town built below it.
The castle didn’t see action until two years after Nobunaga’s assassination, when it became one of the sites of the Battle of Komaki and Nagakute, a historically important conflict that began in 1584 as a siege between the forces of Oda Nobunaga’s general, Toyotomi Hideyoshi, and those of his former ally, Tokugawa Ieyasu, who had taken Komaki Castle. 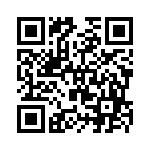