Majestic Nagoya Castle, a Symbol of the Samurai City

During the Edo Period, (1603-1868) Nagoya was one of the most important castle towns. Seat of the Owari Tokugawa Clan, one of the three branches of the Tokugawa family from which the Shogun could be chosen, Nagoya Castle was the first line of defense against rival Osaka.

The crafty shogun, Tokugawa Ieyasu, had the castle built at next to no personal cost by ordering 20 former enemy warlords to complete the massive construction. Sourcing and transporting the many tons of huge stones, construction materials, and labor costs placed considerable financial strain on the various lords, preventing them from spending on arms, armor and armies, thus lessening any potential for insurrection.
Anyone refusing to comply would be destroyed, and so to show compliance, many would carve crests in the stones they supplied to prove their allegiance. These crests can still be seen along the stone walls and makes for an enjoyable side attraction, looking for the many varied marks made. 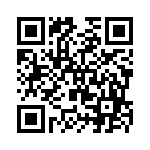