The 2021 Kariya Wansaka Festival & Fireworks have been cancelled.

Held annually at the Kariya City General Athletic Park, Kariya Wansaka Festival & Fireworks is one of Kariya’s major festivals, preceded by the city’s traditional “Bon-Odori” summer dance event, and featuring several attractions for adults and kids alike. It concludes at night with a gorgeous fireworks display that attracts crowds from all over that region. 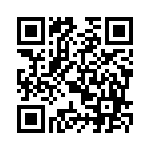