A Breathtaking Festival With Exhilarating Performances!

Autumn brings this thrilling festival in Aichi, the Asakura-no-Hashigo Jishi Matsuri, which can be translated as Asakura Lion's Ladder Festival. Young men dressed as beasts stage acrobatic performances representing a fight to expel the lion ("shishi," read as "jishi"), the legendary character of local folklore that invaded the village, destroying the crops. The performances take place way up high atop a wooden scaffold equipped with the 31-step Hashigo ladder. The topmost Yagura deck is where the actors do their performances representing the fight of men vs. beast in order to expel it. Ceremonies and "yatai" food stalls are also part of this lively event. This is a Aichi Prefecture Appointed Cultural Heritage event worth every bit! 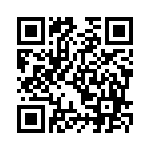