There is a large variety of “Kani” species generally available in the country, due to the simple fact that Japanese people just adore those crustaceans.

As with everything in Japan, there is a multitude of ways for preparing and eating them, far beyond those customary in Europe and the Americas. Japanese people may eat a crab boiled, grilled, roasted, battered and deep fried, breaded, stewed in hot pots, dipped in hot broth (“shabu-shabu”), even raw and more. And the manner with which they eat almost always leaves behind nothing but the empty carapaces of the desired creatures, for nothing is wasted: they break the shell and eat the innards, or crab butter, appropriately named “kani-miso”, the gills, the roe (if present), everything.

A fun fact of the “kani-miso” is that it is frequently the most appraised and disputed part, and sometimes lead to small comedic disagreements among the banqueters. The winner, most of the times, will eat it in the most ostentatious way, dipping a large portion of meat from the legs that was carefully spared for this particular childish purpose, splashing it into the “kani-miso”, thus reaching the apex in taste, while the people witnessing the scene laugh and applaud, and the losers display fake disapproval and envy.

Such is the importance given to Kani that, if a Japanese person invites you to eat crab, be happy because it is a good sign of fondness. 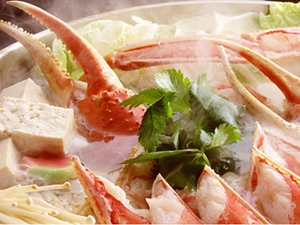 Kani kaiseki? Kanisuki kaiseki? From good value to extravagant, there are traditional Japanese crab-oriented set meals to suit every budget, including at lunchtime. There are also la carte crab dis... 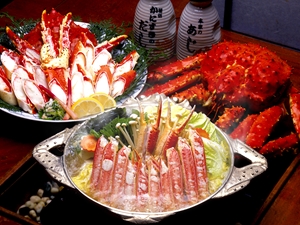