Kishimen is a dish of flat noodles usually made from the same dough used for regular udon noodles. However, the reduced thickness greatly speeds up the boiling process and makes them easy to break due to the added softness, so they are quick to prepare and eat. They are served with broth made of soy sauce, again the same of udon, with added seasoning and toppings that mostly include fried tofu “age”, cured fish paste “kamaboko” in slices, and dried skipjack or bonito shavings “katsuobushi” or “kezuribushi”.

The soup taste is peculiar, for being relatively milder than other strongly flavored, traditional Aichi dishes, and stands somewhere between the Tokyo (dark and strong) and Osaka (clear and light) tastes. Such balanced flavor has been unchanged since the late Edo/early Meiji periods, and one may gather it was due to the required “meeting in the middle” when trying to please all the different people that crossed the region travelling to and fro Edo (Tokyo) and Osaka.

Although there are several theories of how kishimen originated, there is no mistake in that it has been a much-loved and Aichi-exclusive delicacy since the olden times.

As it is located on the grounds of the Atsuta Shrine, this restaurant has filled the stomachs of many visitors. The noodles are rather thick and have a chewy texture. The toppings of aburaage, spin... 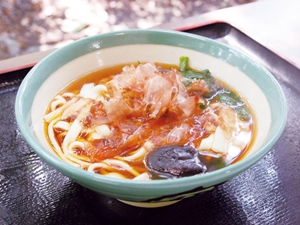 Established in 1877, Kishimentei places emphasis on the taste experience and the heart-to-heart relationship with customers. We strive to hear our customers say "it's delicious!" Menus include uniq...

This is a valuable kishimen specialty restaurant that can be used for business meals, as it has private rooms lined with tatami and banquet course meals. There are also creative kishimen and season... 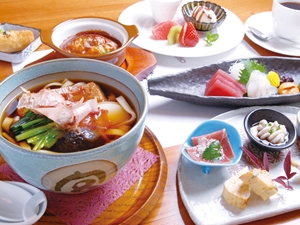 Kishimen are flat noodles and one of Nagoya's specialties. Made famous by the kishimen noodle stands on most of JR Nagoya Station's shinkansen and local train platforms. Easy to slurp and the aroma... 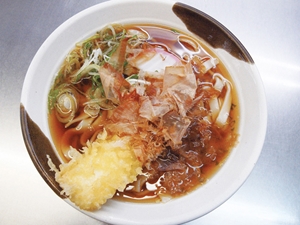 The owner is an expert who also serves as the 3rd generation chairman of the Nagoya handmade noodle research group. The kishimen is so thin that it is transparent, but still stretches well. It pro... 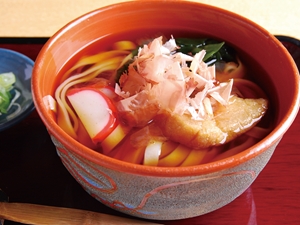 A well-established restaurant founded in the Taisho period that is celebrated as a prestigious kishimen restaurant. The purely handmade kishimen noodles are rather thick, allowing you to enjoy thei... 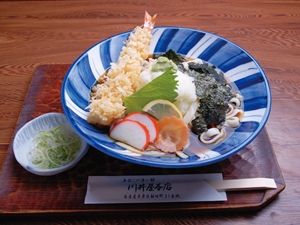 "Wide kishimen" has been gaining popularity recently. "Super wide" kishimen that is twice as wide as standard kishimen is served here. As it is also thick, you can enjoy a chewy texture. Because th... 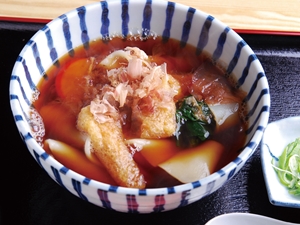